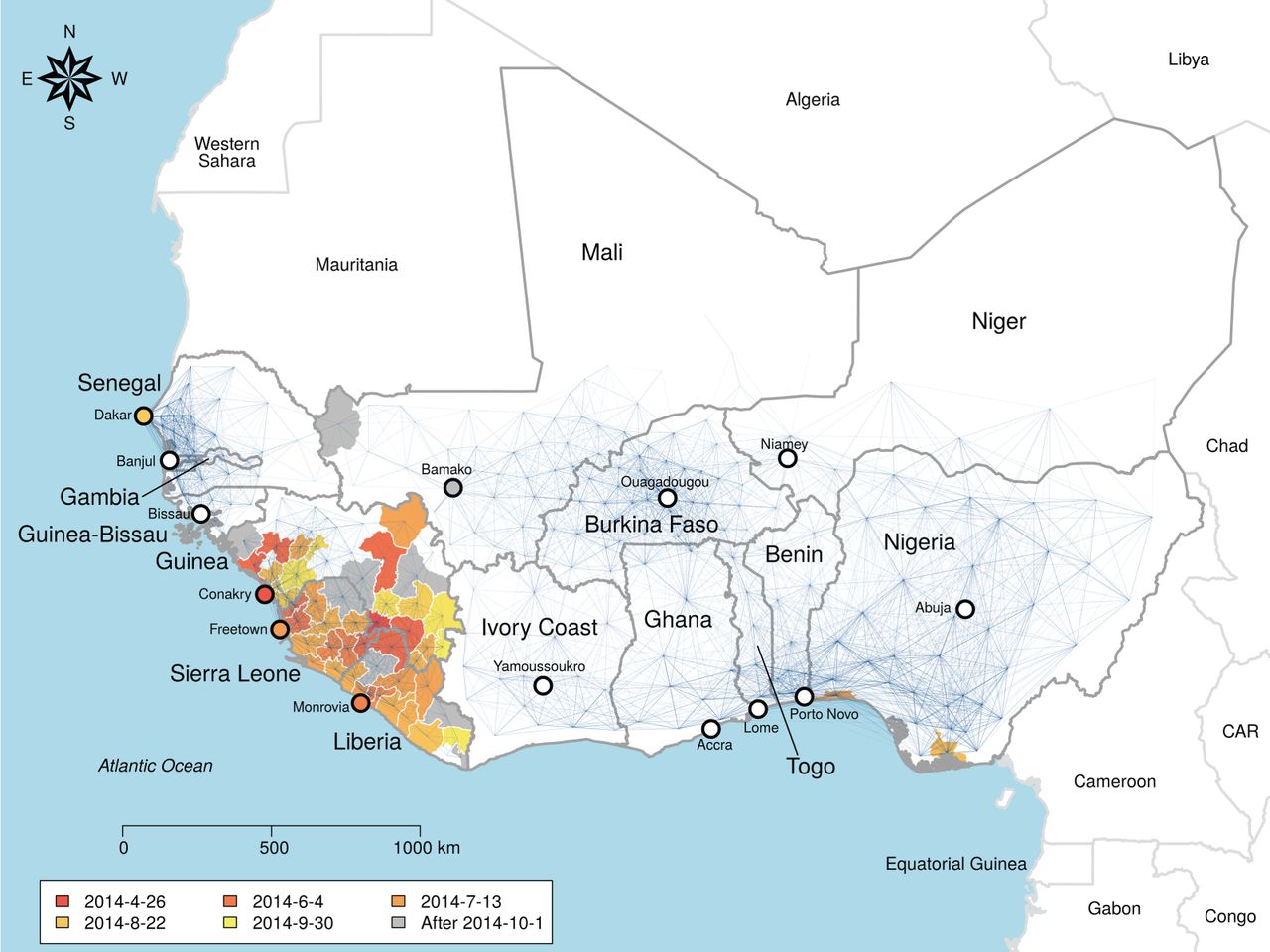 The Odum School’s Drew Kramer led a study on the recent spatial spread of Ebola in West Africa, and former lab member Laura Alexander and Andrew were contributors to this work, which was recently published in the Royal Society’s Open Science journal. Among the findings were that a gravity model provided a good description of the spread. This means that transmission between towns depended on the population size of each, and their distance from each other. Additionally, if one town was inside the hotspot of Guinea, Liberia and Sierra Leone and the other was outside, then risk of transmission out of the core region was lower, due to border closures. Individual movement patterns from cell phone data did not provide a competitively good fit. Counterfactual scenario building showed that the initial town infected would have a large effect on the regional extent of the spread of Ebola. As well as highlighting the importance of integrated geography in controlling epidemic processes, the study provides methods to predict vulnerable towns and those where intervention may have the most impact.