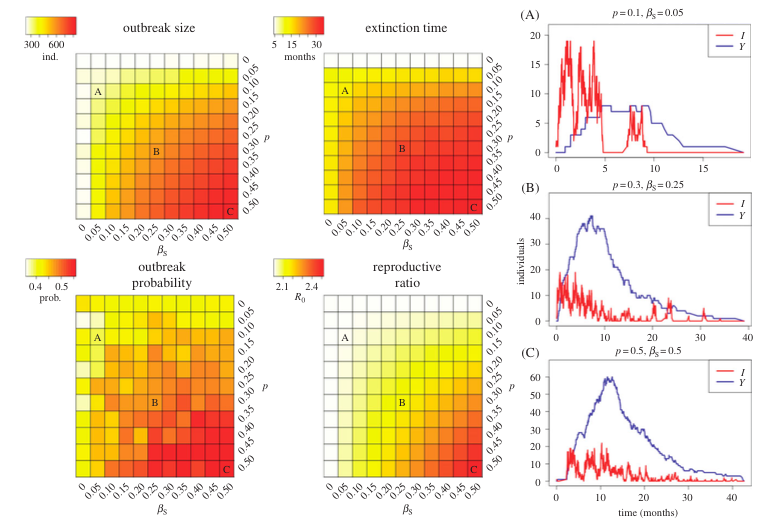 Evidence has shown that Ebola virus may remain in semen of survivors for several months after the virus has been cleared from the blood.  To investigate the effect that sexual transmission can have on disease dynamics, we developed a mathematical model incorporating a convalescent compartment capable of infecting individuals through sexual contact.  The model was developed and partially parameterized using convenience survey data of survivors. However, uncertainty in the parameters for the sexual transmission rate and probability of becoming sexually infectious led to varying these parameters within likely ranges.